No matter what you think of old Napoléon Bonaparte the First, you have to admit the man had a flair for the extravagant. He decked out his living quarters in velvet and gold, supplanted priceless Egyptian statues from their rightful home to the heart of Paris and built himself all manner of over-the-top monuments, not least the iconic Arc de Triomphe, which he commissioned after his victory at Austerlitz. 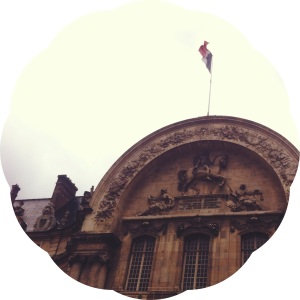 Though the legends about France’s first Emperor and his less-than-impressive stature are unfounded (in fact, he was 5’6”, average for a man of the period) Napoleon did seem to care very much about how others saw him. Which may explain his tomb. 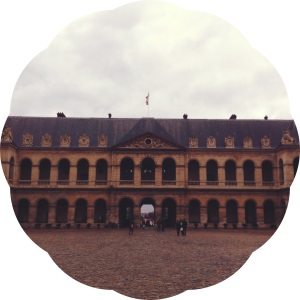 In the sophisticated surrounds of the 7th arrondissement, not far from the banks of the Seine, lies the monumental, radiant gold dome of Invalides. One of the brightest spots on the Paris skyline, this stunning dome stands out in almost any view of the city, from Sacré Coeur to the Eiffel Tower. Personally, I love the way it looms over the high garden walls of the neighbouring Musée Rodin, its surface glittering on a sunny day. 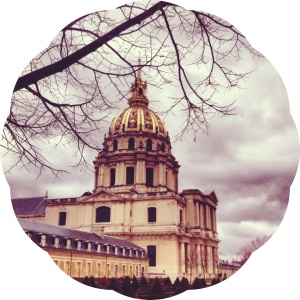 While the dome could well be expected to top a palace or a gigantic exhibition space, Invalides has one function and one function only: to house Napoleon’s remains. The building’s interior is predictably lavish, with soaring ceilings and marble everything. The sarcophagus itself, in cream and red marble, is surrounded by multitudes of statues, with the inside of the dome looming directly above. 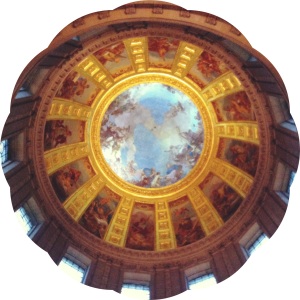 On the same site, as a dedication to Napoleon’s military prowess, museum enthusiasts can visit the Musée de l’Armée, a small but thorough museum about France’s military history.

Some love Napoleon for carrying a struggling new republic far from the disastrous monarchy of Louis XVI, and the equally disastrous Terreur of Robespierre, into a new age. Others despise him (ahem, me) for his brutal colonising practices.

Whichever side you’re on, it’s undeniable that Napoleon lived large. It seems he wanted to continue the tradition into his death, too.