I’ve always felt that libraries and archives have a misleading reputation. The cliché of the library as a boring place (or worse, a place for boring people) is unfair. Libraries may be quiet, they may contain some occasionally inexplicable entries, and they may attract frazzled students cramming for stressful exams. But libraries and archives are not stuffy or outdated, and they’re not boring (at least, the good ones aren’t).

Such institutions are home to endless amounts of knowledge, history and art. Their buildings can be architectural gems in themselves (this is my idea of wanderlust). They often make rather fantastic museums, especially if they house specialised or unique collections. They exist to bring literature and education to anybody who seeks it. Above all, libraries, archives and public records collections bridge the gap between the present and the past. 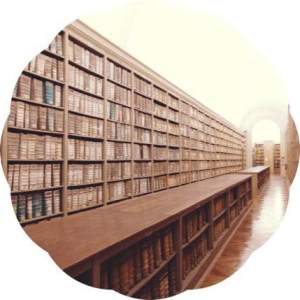 Such is the case with the Archives Nationales de France. Located in the heart of the Marais, surrounded by gorgeous manicured gardens (which are free to visit), the Archives Nationales are housed in a resplendent mansion, the Hôtel de Soubise. The Soubise’s rooms are filled with public and notarial records (especially from the Middle Ages and the Ancien Régime), making the institution a key hub for research. And while its primary function may be as an archive, the institution also delves into its collections to create temporary exhibits of sociohistorical, political or cultural value, in its small, on-site museum. (When I last visited, for example, they were showing a retrospective of President Pompidou’s career.)

Despite already being a museum, the Hôtel de Soubise came under nationwide scrutiny in 2009, when then-President Nicolas Sarkozy proposed to relocate the archives and turn the building into a museum of French history. Some may wonder why such a museum would cause uproar, especially considering that the acclaimed and beloved Musée Carnavalet, or Museum of the History of Paris, lies just around the corner. But the focus and mission of the proposed Maison de l’Histoire de France was a troubling one. At best, the museum would gloss over elements of France’s past. At worst, it would provide a Eurocentric view of “French”, rather than French and Francophone, history, and ignore the truths of colonialism, including the history of French-led slavery in the Caribbean.

In true French style, from 2009 until 2012, the Archives Nationales and the broader Parisian public fought back, protesting round-the-clock against the proposition on the Hôtel de Soubise’s front steps. Today, the archives are safe again. One of François Hollande’s first moves as President was to scrap the project, and the Archives Nationales will continue to provide a space for reflection on the past, and resources for future research. A far cry from that cliché of the boring library.

There was an error retrieving images from Instagram. An attempt will be remade in a few minutes.