With so many glorious districts to explore, Paris’ 15th arrondissement tends to get ignored. The city’s largest arrondissement, the 15th is largely residential, and admittedly very quiet. True, the Parc André Citroën isn’t Paris’ most exciting park, and its southernmost regions aren’t the most happening areas of the city. I’ve written before about how much I hate the Gare Montparnasse. But the 15th has many charms, and if you take some time to explore it, you’ll stumble upon some hidden gems. The finest of these is the Musée Bourdelle.

Three minutes’ walk from Montparnasse, the Musée Bourdelle is a beautiful, almost pastoral oasis. The former studio of a sculptor who worked with Rodin and marked French sculpture for decades, the Bourdelle is both a preserved work space and an elegant exhibition site for the sculptor’s works.

Antoine Bourdelle worked from the late 19th century until his death in the 1920s. His sculptures are blockish but expressive, hulking but fluid, depicting robust figures in flowing movement. Many are massive, especially the gigantic works in the museum’s Grande Halle, and tower high over the viewer. You can see why Bourdelle and Rodin worked together; the two share a rough-hewn style that somehow, paradoxically, depicts agility and grace. 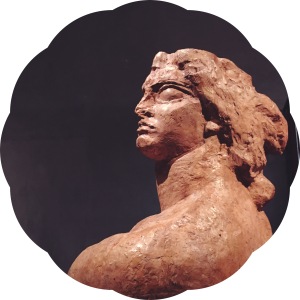 Perhaps the most iconic part of Bourdelle’s oeuvre is his Dying Centaur, which appears in several iterations across the museum. And while the Musée Bourdelle’s many rooms are filled with excellent works, the museum’s crowning jewel is its garden, where the largest of the centaur pieces can be found: 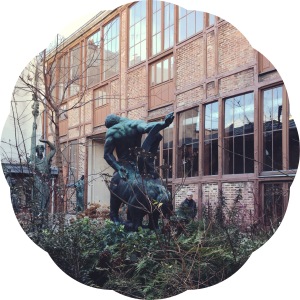 Perhaps I’m biased about the 15th arrondissement because I used to live there. But wandering through the halls, workshops and gardens of the Bourdelle sculpture museum, few could fail to appreciate the quiet beauty of this south-east corner of the city.

Free except for temporary exhibitions (7 Euros)

Tuesday to Sunday: 10am to 6pm