If there’s something missing from the Parisian museumscape, it’s a focus on brilliant women. Yes, the 19th arrondissement has the Musée Piaf, in the iconic singer’s former home. But the tiny museum is only open by appointment, with French-language tours. Yes, art produced by women is represented across survey museums, from the Musée d’Orsay to the Musée d’art moderne. But while there are over a dozen museums devoted to individual male artists, there are none focussing on individual women.

Although few visitors would know it, several wonderful house museums were organised, founded, and funded by Parisiennes. The Jacquemart-André and Cognacq-Jay museums wouldn’t exist without their founding women. The Musée Jean-Jacques Henner was created by the artist’s niece, who also donated the mansion it is housed in. But no museum celebrates a woman’s professional achievement as its crowning focus- except for the Musée Curie.

Marie Curie was not only the first woman to win a Nobel Prize, but also the first person to win twice. She was a trailblazer across both physics and chemistry: in another Nobel record, she was also the first person ever to win the prize in two different fields. Her research on radioactivity, including the discovery of both radium and polonium, changed the world forever. 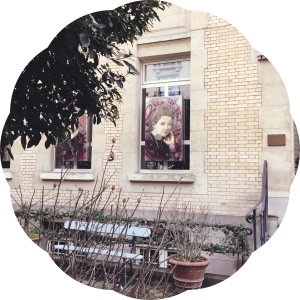 The little-known Musée Curie, located in laboratories the Curies themselves worked in from 1911-1914, communicate the Curie family’s achievements with clarity and elegance. There are exhibitions on radioactivity and extensive archives, alongside biographical material. Of course, Marie was not alone in her scientific endeavours; she worked alongside her husband Pierre, and later her daughter and son-in-law, Irène and Frédéric. In fact, Irène and Frédéric would go on to discover artificial radioactivity and win a joint Nobel prize themselves in 1935. 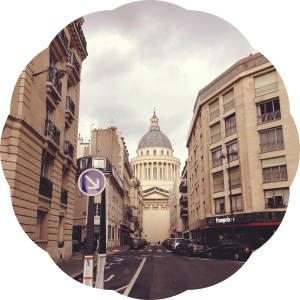 However, there’s something about the Musée Curie that brings Marie to the forefront of the mind. Perhaps it is that of all her Nobel-winning family members, she is the one who lingers most in our collective cultural consciousness. Perhaps it is the sheer number of firsts she achieved for womankind. Perhaps it is the fact that mere streets away, she is now enshrined in the national tomb of the Panthéon, the first woman to have been entombed there on her own merit. Or perhaps it’s simply a joy to visit a museum that proudly shows off a Paris-based, history-making, bad-ass scientific pioneer, who also just happened to be a woman.

Wednesday to Saturday: 1pm to 5pm

No, this isn’t a vineyard in the countryside, it’s a window frame in a Marais street 🍇
Cosy evening light inside, soft evening light outside. 💡 🌌
Ooh là là, Monsieur le Roi.
I haven’t posted a shot of this classic lady in a while. Gracing the Paris horizon since 1889.
Misty, dreamy Paris ☁️
Winter in le Marais ❄️ 💙
%d bloggers like this: