In a city as ancient and historic as Paris, it can be no surprise that many of its museums have a dark past. From the Conciergerie to the Catacombes, macabre history haunts many cultural heritage sites- and in the case of the latter, is even the main attraction. But one museum with a checkered past that often slips below the radar is the Musée National de l’Histoire de l’Immigration. In 1931, Paris hosted the Exposition Coloniale Internationale, a huge event in the style of the World’s Fair focused on celebrating European colonisation. At the heart of the 1931 fair was a showcasing of France’s colonies, at that time spanning vast swathes of North, West and Sub-Saharan Africa, South-East Asia, the South Pacific and the Indian Ocean. In a nod to the culturally-diverse population of the city’s east, the Palais de la Porte Dorée was constructed on the very edge of the 12th arrondissement, as a home base and focal point for the fair. 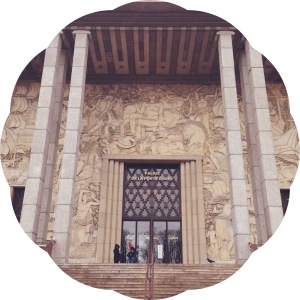 The Palais is an impressive, neoclassical stone structure, with a frieze of palm fronds, beasts and exotic, loincloth-clad figures across its main façade. (The frieze is now UNESCO heritage protected, though its cultural context has obviously changed a great deal.)  After the Exposition, the Palais began a long process of reinvention. It was first converted into the Musée des Colonies. In 1935, the museum was subtly rebranded as the Musée de la France d’Outre-mer (“the Museum of Overseas France”). In 1960, in the midst of the Algerian War, it was renamed the Musée des Arts africains et océaniens and in 1990, the Musée des Arts d’Afrique et d’Océanie. When the Musée du Quai Branly opened on the Seine in the late 2000s, the Palais was largely stripped of its collections, until it was reinvented once more as the Musée National de l’Histoire de l’Immigration. The museum in its current form reopened in 2007.

Readers will not need me to explain the history of subjugation and theft of territory, culture and personhood that native peoples have suffered at the hands of colonisers around the world. But because today’s immigration museum distances itself from this history, they may not be aware of the Palais’ original colonial purpose. 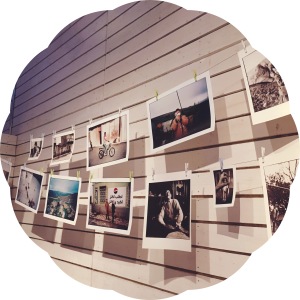 The museum features stories of immigrants hailing from all over world, from the waves of Polish and Italian migration in the 19th century, to the post-war influx of Algerian migrants, to the South-East Asian diaspora that settled in Marseille after the mid-century decolonisation of Vietnam, Cambodia and Laos, the former colony known as l’Indochine. 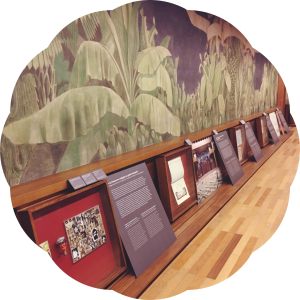 Many feel that the Palais de la Porte Dorée is the worst possible location for an open and accepting immigration museum, arguing its colonial past can never be erased. Others state it’s the perfect site on which to acknowledge the past while also attempting to surmount it. Either way, I encourage you all to visit and judge the unique and storied place for yourselves. In its current location, the Musée National de l’Histoire de l’Immigration may not be able to make an entirely fresh start, but perhaps it can turn a new page.

Opening hours: Tuesday to Friday 10am to 5.30pm, weekends 10am to 7pm, closed Mondays

Space is tight in Paris, so you have to make gardens wherever you can 🍃
Le Moulin de la Galette peeking round a Montmartre corner... 🎪
From the archives: le Petit Palais by evening light 💫
Loading Comments...
Comment
×
%d bloggers like this: