The most memorable museums strike a balance between interior and exterior, between art and architecture. Sure, the modern gallery archetype of the white cube is great for focusing the eye on artworks, without distractions. But the white cube lacks personality and turns the museum into a blank slate. On the other end of the spectrum, some iconic museums like the Institut du monde arabe or the Musée du quai Branly have such striking designs that people only seem to talk about their architecture.

I am most drawn to museums when I feel like the space itself has an identity all its own, while still focusing squarely on what’s being exhibited within it. One such museum is the Fondation Cartier pour l’art contemporain, a lofty glass structure surrounded by gardens in a sleepy area of the 14th arrondissement. 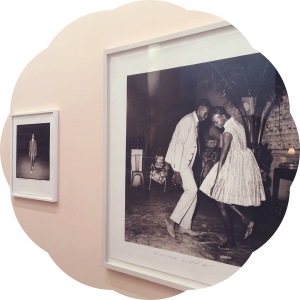 Like the Musée du Luxembourg or the Musée Maillol, the Cartier doesn’t have a permanent collection, so it is transformed with every new exhibition. The space is open and airy, its walls unadorned, its fittings spare. But it is not a white cube. The Cartier’s garden peeks through its many tall windows, the unstructured greenery more like a miniature forest than a clipped Parisian plot. The museum’s rectangular shape is simple, but its design attracts as much natural light as possible, and draws in its natural surroundings. You’d be forgiven for thinking you were outside the city. 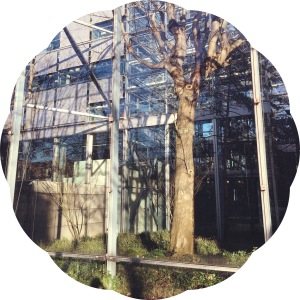 When I visited the Fondation Cartier, Mali Twist was showing; a retrospective of the brilliant Malian photographer, Malick Sidibé (1936-2016). Focusing on the glamour and energy of 1960s Bamako mod culture, Sidibé’s photographs are electric, emotive and youthful. Young couples dance the twist with their shoes off, teenage boys pose in three-piece suits against a polka-dot background, women in attire ranging from ball gowns to tennis costumes stare deep into the camera. 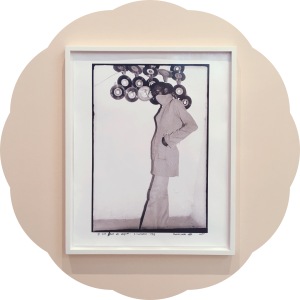 The photos are all in black and white, but the bright colours of the 1960s fashion palette still seem to pop out. Against the backdrop of the Fondation Cartier, these images come to life, complemented rather than dominated by their surrounds. The atmosphere is enhanced by the soft sounds of 60s pop songs (think Sultans of Swing) playing in the background. Sidibé sadly passed away in 2016, but while Mali Twist was showing, the space was all his.

Opening hours: Tuesday to Sunday 11am to 8pm (Tuesdays until 10pm), closed Mondays