What makes a museum Parisian? The question might seem silly. But when you start to dig deeper into the similarities and differences of Paris museums, the definition becomes a bit murky. Certain iconic museums, like the Musée d’Orsay, the Louvre or the Musée Rodin, feel as quintessentially Parisian as the Arc de Triomphe or espressos at a cafe terrace. Others, like the Musée Nissim de Camondo or the Musée de Montmartre, are less well-known but still an important part of Parisian heritage. Still others, like the Pompidou or the Palais de Tokyo, may not represent historical Paris, but contribute to redefining its culture and identity in the contemporary age. And museums located outside the city walls, like the Château de Vincennes or the Cité Céramique de Sèvres, may not have a 75- postcode, but add a key dimension to any visit to Paris. 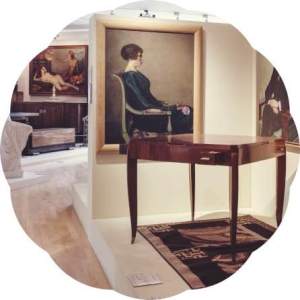 My first thought upon visiting the Musée des Années Trente, in the quiet inner suburb of Boulogne-Billancourt, was no. Located in the Espace Landowski town centre, it felt more like a small town museum than a big city one. The modern residential buildings surrounding the space, and the dominance of local families among the museum’s visitors, added to the French town feel. But the calm Musée des Années Trente, or Museum of the 1930s, offers a slice of artistic history that fits perfectly into the Paris centre.

The time period is a strange one. After the glittering golden years of the 1920s, before the hostile war years of the 1940s, the 30s were a time of shifting culture, troubled collective psyche and confused national identity. Art began to grow more abstract, daring, cynical and innovative. Fashion moved away from flapper glamour to avant-garde structure. Literature grappled with modernist values and post-war traumas. French cinema revolved around poetic realism and pacifist narratives. The Depression loomed over it all. 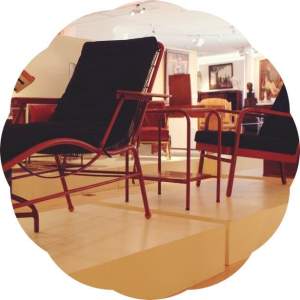 With its collection of 1930s artworks, sculptures, furniture and artefacts, the Museum of the 1930s captures this odd era as it played out in France. The collection ranges from smooth stone sculptures to voluptuous, rainbow oil portraits. But what surprised me upon visiting was the discovery that Boulogne Billancourt was a key location for artistic production at the time, from the cinema of Jean Renoir to the architecture of Le Corbusier.

The 1930s was an era that shunned definition. So too does the museum dedicated to the decade, and the suburb it’s located in. Yet Paris itself also resists categorisation. The city is a centre of dominant patrimoine, but it is also a haven for fringe culture and the art of the underdog. Maybe the Musée des Années Trente is actually a quintessentially Parisian museum after all. Or maybe there is no such thing.

Opening hours: Tuesday to Sunday 11am to 6pm, closed Mondays